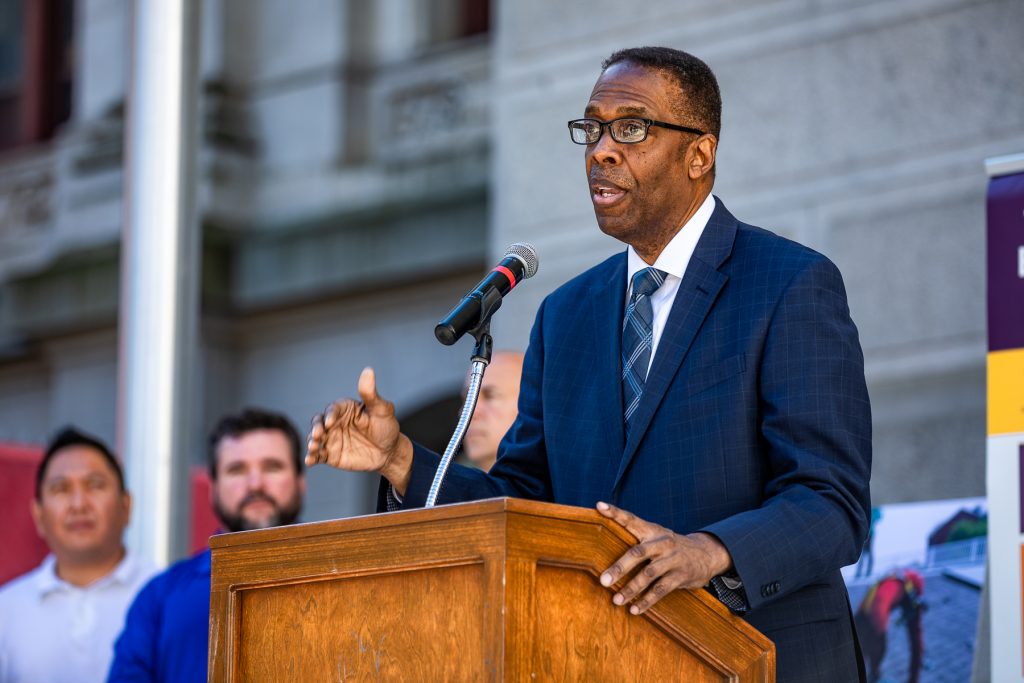 On Monday, January 6, 2020, Philadelphia City Council, Mayor Jim Kenney and others were sworn in to begin their new terms of service.

The Energy Campaign launched in 2016 with the goal of creating 10,000 high-quality jobs and spurring the investment of $1 billion in Philadelphia’s green economy by 2026.

“Four years ago, I stood on stage at our inauguration and made a number of pledges as we sought new ways to grow our city’s economy while helping more Philadelphians participate in that growth. We have made real progress – but we still have more work to do,” said Council President Clarke. “I said we would unveil a comprehensive energy strategy to help homeowners, businesses and city government increase efficiencies, reduce costs and create 10,000 new jobs over the next 10 years. Well, we are not at 10,000 jobs — yet – but I am pleased to report the work of our Philadelphia Energy Authority has led to the creation of over 1,000 jobs. We’re still on pace to reach our jobs goal and more energy-efficient projects are coming on board. More Philadelphians have installed solar systems in their homes, and over $100 million has been invested by companies and government agencies to retrofit their buildings to become more energy-efficient.”

And that’s just the beginning. The 1,000 jobs and $100 million investment statistics only reflect progress through 2018 as the 2019 full-year data is still being compiled. PEA was hard at work in 2019 and we expect the updated job and investment statistics to reflect continued success tracking toward the Energy Campaign’s ten-year goals.

This work would not be possible without the commitment and leadership of Council President Clarke, Mayor Kenney, other members of City Council, and countless other supporters in and outside of City government. We are grateful for their support.